This editorial was reprinted with permission. It was printed in the November 1999 issue of Modern Jeweler. However, it applies to all personal property appraisers, not just those practicing in the jewelry arena. You can make comments by using the form provided at the end of the editorial. I will, in turn, pass your comments along to both Modern Jeweler and David Federman (the author). I am sure that they will be interested in hearing from personal property appraisers that are both in the specialty of jewelry and others who are not. Everyone, post a comment.

David Rotenberg of David Craig Jewelers, Langhorne, Pennsylvania, still remembers the 1.01 carat D-SI1 round diamond with a coveted triple-zero cut grade from the American Gem Society as one of the most beautiful he ever stocked. Two days before Christmas last year, he sold the stone, set in a copyrighted platinum mounting from designer Judith Evans, to a long-time customer for nearly $15,000 - minus a trade-in allowance of $3,000. 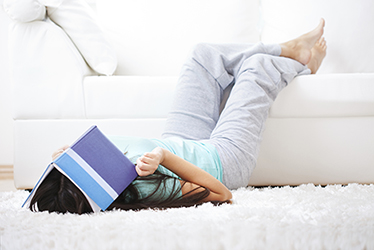 In June, the customer went to another jeweler for a matching wedding band. While there, he asked him to appraise the ring. The jeweler said yes, although his only qualification as appraiser was the title of "certified gemologist" from the Gemological Institute of America. Overlooking the fact that GIA issues no such title, what gave this jeweler the right to call himself an appraiser if his only credential was a GIA diploma from 1969?

Sad to say, GIA encouraged this delusion by stating on its diploma that the recipient had completed, among other things, an "appraising" examination. Anyone familiar with GIA's courses from the 1960's well into the 1980's knows it taught jewelers to appraise using the prices that items sell for in their own stores. This method, erroneously called the cost approach, is out of step with modern valuation science which teaches the market data, or sales analysis, approach. Given this fact, would a 30-year-old GIA parchment as a gemologist suffice to call oneself an appraiser?

A look at the jeweler's insurance-replacement appraisal for Rotenberg's ring, with its many methodological flaws and cost-to-knock-off-in-my-store value conclusion, says no - loud and clear. Fiest he valued the diamond at $5,666 per carat using the little-known Druxman Report rather then actually researching the market. Later, the jeweler admitted that a talk with a supplier had showed him his value was low by at least $1,000. Second, he estimated the value of the copyrighted mounting based on what it would have cost him to make a duplicate. That's forgery, which is, of course, illegal. If properly trained, this jeweler would have known he was committing two cardinal sins of jewelry appraising.

But the damage was done. A replacement value nearly $5,000 less than the purchase price convinced Rotenberg's customer he had been gouged. Now he wants his money back. Meanwhile, the jeweler clings to his mistaken belief that his GIA diploma authorizes him to appraise. To prevent continued misunderstanding of its diploma, GIA should issue a statement explaining that its gemological studies certificate should not be interpreted as completion of an appraisal training program. By thus clarifying the meaning of its diploma, GIA might help to stop graduates with no formal appraisal training from calling themselves appraisers.

All appraisal groups that let members advertise affiliation indefinitely without being tested and certified should adopt strict time limits for certification and drop members who don't meet them. The American Society of Appraisers and the International Society of Appraisers have done so. Others must follow. As long as these groups allow members to advertise affiliation without certification, jewelry appraising will remain a national nightmare. Here's what it will take to end that nightmare.

One: Only those formally admitted to the profession of appraising should be allowed to call themselves appraisers. Admittance requires education, testing, certification - plus an oath of allegiance to a code of ethics. Continued membership is based on staying aboveboard, making a commitment to professional development, and re-certification at least every five years.

Two: None but the profession's recognized education, testing, and certification bodies should be permitted to offer any appraisal education. Otherwise, jewelers can rely on groups outside the profession who are not governed by its standards, or even versed in its princples and procedures, and who teach practices in conflict with standards recognized by the profession and the courts.

Three: Appraisal education should be comprehensive and last at least two years - followed by an internship to prove mastery of principles and procedures. Some appraisal groups allow members to advertise affiliation based on years of appraising, before completing required education and testing. But recognizing experience without first demonstrating expertise makes no sense.

Four: Work with the International Standards Organization to write and ratify a uniform appraisal standard. The ISO standard will be created by delegates from the leading appraiser groups. There will be some bickering, but that's a small price to pay for a standard.

Five: create a bar association for appraisers that is the only group empowered to test for, grant and, if need be, revoke membership in the profession. Then, and only then, can jewelers like Rotenberg stop living in fear of appraisals written by people with no idea of what they are doing.