Image that you had just finished the arduous task of faceting a brilliant cut diamond. Every facet is polished to perfection. The proportions are dazzling. But now, you have one last facet to deliver. Not a flat facet but a concave facet. Where is this concave facet to be? It is to be dead center in the table and as wide as possible, so it virtually replaces the table. What? Why? Are you serious? 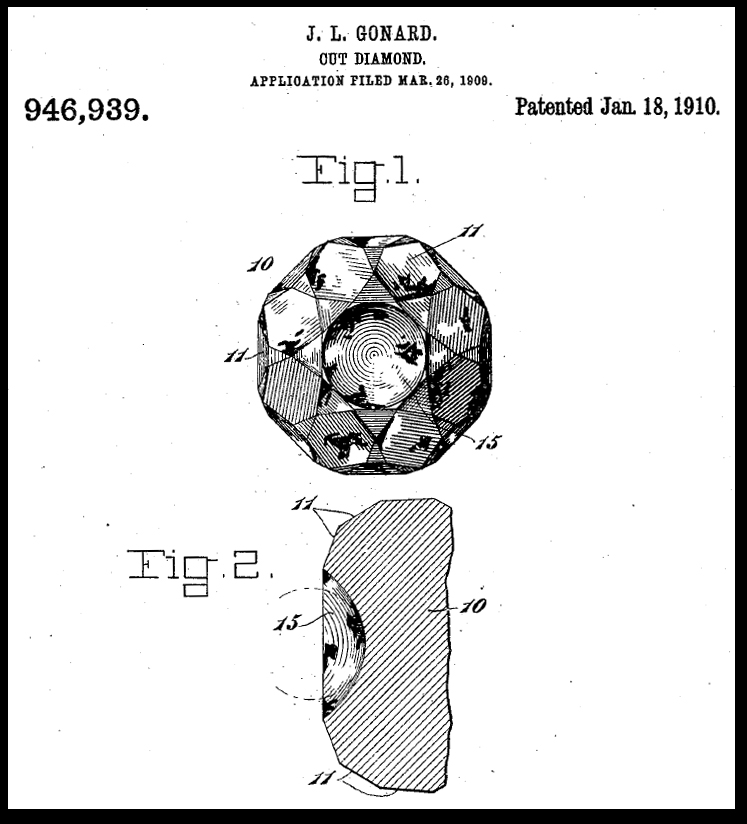 Let me introduce you to Jean Louis Gonard, an inventor. One of his inventions, numbered 946,939 and granted on January 18, 19101 is merely titled “Cut Diamond.” It was not for gemstones but only for diamonds. He stated, “… have invented certain new and useful Improvements in Cut Diamonds.” And Mr. Gonard continued to explain that “… this invention relates to cut diamonds and is especially applicable to diamonds known as brilliants and table diamonds.”

He claimed that the “… object of the invention is to secure increased brilliancy in the cut stone.” Increase brilliancy in a faceted round brilliant cut diamond by gouging a hole in the diamond’s center? The patent clearly claimed, “The invention consists in a cut diamond having a concave table or facet whereby the surface of the table or facet is increased over the plane heretofore used in the art and a better reflection obtained.” His logic was that this last facet “… enlarges the superficial surface of the table or facet and increases the reflecting surface thereof.”

The theory is that the more reflecting surface exists the better the brilliancy will be.

The answer is in the patent when it declares “The concave table or facet is formed by grinding with diamond dust, oil and a suitable tool.”

Are There Concave Cut Diamonds?

Colored stone faceting now involves adding concave facets. An article in the Journal of Gemmology called “Development of Concave Faceting of Gemstones,” by A.D. Morgan details the history of the process and makes a brief reference to Mr. Gonard’s patent.2

If there is a patent for a cut, there should be a gemstone somewhere with that cut. My first thought was that the patent was wishful thinking and no actual diamond existed that was cut with a concave table. After describing the patented cut, I did what any resourceful researcher would do and checked gemological resources and discovered to my surprise that an actual diamond with concave facets from the era of Mr. Gonard had been documented. But the Gemological Institute of America (GIA) has examined three diamonds with concave facets.

Apparently, two small triangle cut diamonds which fit the process Mr. Gonard describes were mentioned in Gems & Gemology. A third diamond with a concave table was submitted by a Miami gem dealer to the GIA for examination. The sizeable 2.68 carat old-mine cut diamond had a concave rather than a flat table. The article noted that the abrasion on the facets reinforced the fact that the diamond was not recut. The diamond’s concave table focused light into a single spot.

Stated in Mr. Gonard’s patent and in other patents described in this website concerning old cut diamonds, they called them “brilliants” and not “old-mine” or “Old European” cuts. The later terms, therefore, are modern gemologists’ terms. 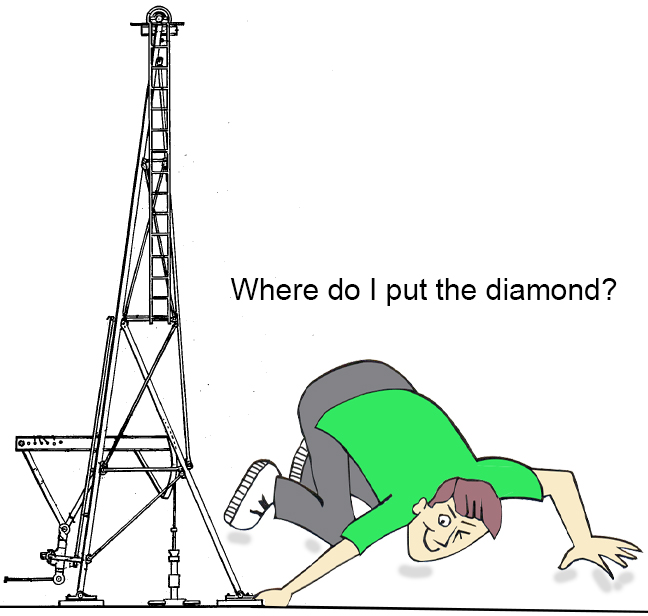