This editorial was reprinted with permission. It was printed in the October 1999 issue of Modern Jeweler. However, it applies to all personal property appraisers, not just those practicing in the jewelry arena. You can make comments by using the form provided at the end of the editorial. I will, in turn, pass your comments along to both Modern Jeweler and David Federman (the author). I am sure that they will be interested in hearing from personal property appraisers that are both in the specialty of jewelry and others who are not. Everyone, post a comment.

I hate to break the news, but Revolutionary War hero Paul Revere may have been a quack. During hard times, the patriot we think of solely as a silversmith earned most of his living from a then tarnished trade: dentistry. One reason for its ill repute: Anyone with a stomach for teeth-pulling and bloodletting - the gruesome tasks that largely comprised dentistry circa 1770 - could hang out a sign as a dentist. Barbers had been doing so for centuries. Hence the field was crawling with quacks. There were no groups or laws with power to stop them.

Just as there are now no groups or laws with power to stop quack appraisers. Not in this industry. Here the quacks outnumber the qualified by a vast percentage - and will do so as long as any Tom, Dick, or Harriet can call themselves an appraiser. This great majority of know-nothings presents a clear and present danger to the trade and public's welfare. 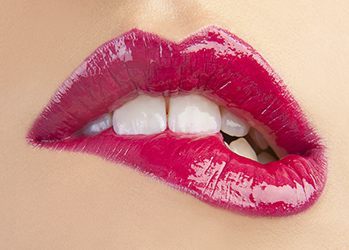 Without dissing Revere's sterling reputation as an artisan, we need to ask why history pretty much ignores his less kosher career. Maybe it's because Revere's other line of work raises unpleasant ethical questions. What right had a craftsman with limited formal education to call himself a dentist when he had no schooling as such?

Revere's defenders will answer that he lived in an age when there was still no organized profession of dentistry. Even so, there was already a battle raging between the bona fide and the bogus dentists of the time. "The word dentist has been so infamously abused by ignorant pretenders, and is in general so indifferently understood, that I cannot forbear giving what I conceive to be its original meaning," mouthed off B.T. Longbotham, one of the few dentists of his age, in an 1802 treatise.

Decades later, things were no better. "The calling of dentist seems to be considered open ground into which any fellow with impudence, some steadiness of hand, and a case of instruments, thinks himself free to take up a position," one practitioner complained to the New York Mirror in 1835. Of the 1,200 or so dentists in America as of 1840, at least 50% were estimated to be quacks.

How did America finally get rid of the charlatans? With the founding of the American Dental Association in 1859, the organization's adoption of a code of ethics in 1866, and the first passage of state licensing laws in 1858, the quacks could be booted out of parlors, back rooms, barber shops and, if any still followed Paul Revere's footsteps, jewelry stores. The only way to combat quackery was to outlaw it. That meant creating a profession of dentistry, then restricting practice to members only.

Today a more shameful legacy of quackery persists in jewelry stores. Only now the science being abused is called valuation science, a.k.a. appraising. For while Paul Revere may have practiced dentistry with some skill, jewelers today by the thousands practice appraising with none at all.

Think how many jewelers have had their reputation scarred by low-ball appraisals that disparaged the quality and understated the value of goods they sold. Think how many jewelers have unfairly lost sales to competitors who use deliberately inflated appraisals from third parties to make consumers falsely believe they are getting bargains. Think how many consumers pay needlessly high insurance premiums on pro forma appraisals with overstated values issued by sellers. These latter appraisals are clearly a conflict of interest. Worse, most are glorified sales slips given away free of charge. This prevents true appraisers from making a living.

Look, we're not saying jewelers shouldn't appraise. We're saying that being a jeweler does not make one an appraiser. Valuation is a branch of study as separate from retailing as dentistry was from hair-cutting. Years ago, many jewelers used to fill lens prescriptions. But that did not make them optometrists. Only education and board certification made them eye examiners. Likewise buying and selling jewelry does not make jewelers appraisers of their wares. Only mastery of appraisal principles and procedures, followed by proof of such mastery to a recognized licensing body, makes them such. It's just that simple - and sensible.

Meanwhile, appraisal abuse remains one of this industry's biggest shames. Reform will begin when the privilege to call oneself an appraiser is earned, as it is in any profession, through education, testing, and licensing. All three. Nothing less. The world may never be completely rid of inept appraisers, but by forcing all who ply this trade to join a profession, there is at least - and at long last - a hefty price to pay for malpractice.